Whether you're taking part in National Novel Writing Month or just trying to put together a marketing email, keep an eye out for these common mistakes
Jan 21, 2020 • 5 minute read 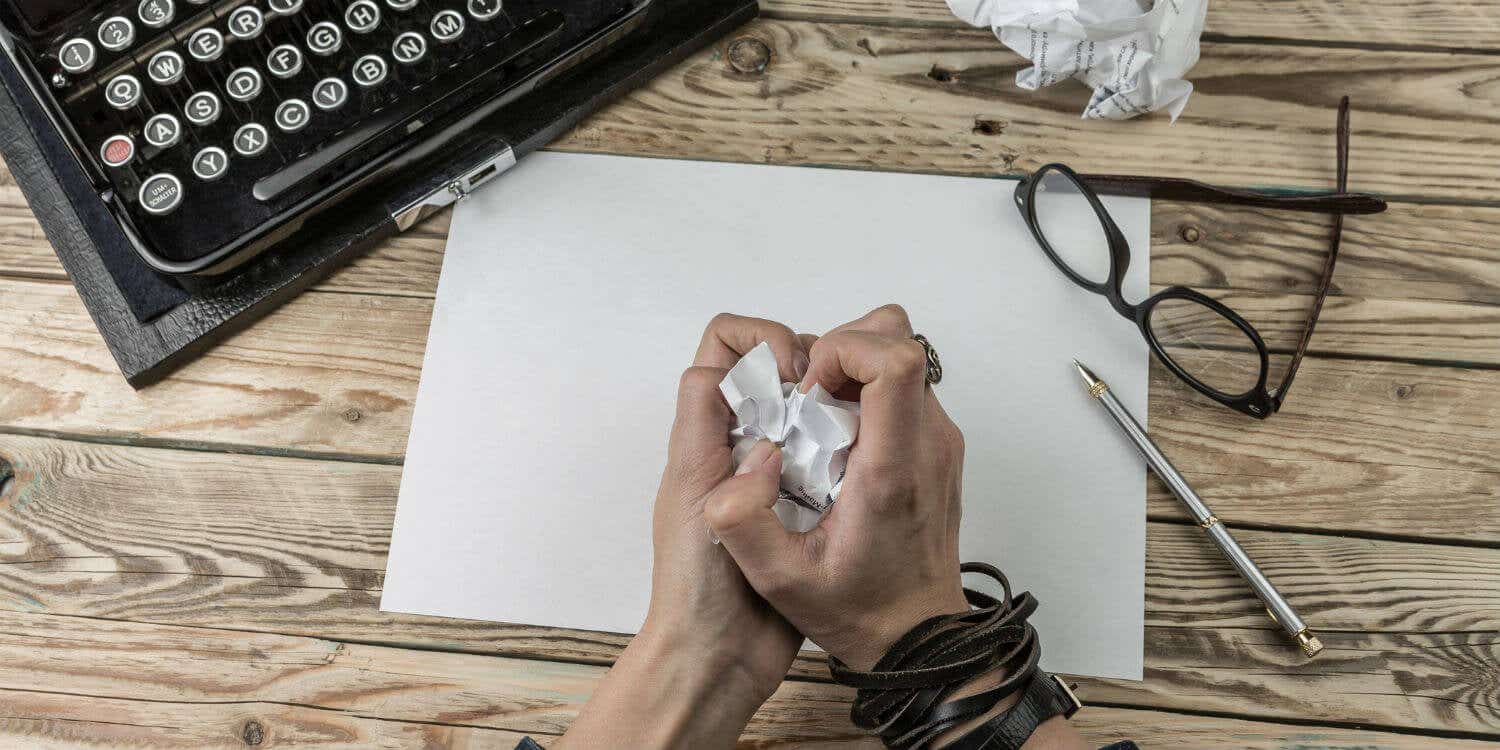 In honor of National Novel Writing Month, learn how to avoid some common mistakes before you set pen to paper.

It's the 20th anniversary of National Novel Writing Month, or NaNoWriMo. Since 1999, thousands of participants have taken on the challenge of writing a 50,000 word manuscript between 1 November and 30 November.

But even if you aren't up to the challenge of penning the next literary classic, knowing how to express yourself through the written word is important for your business. Whether you're writing business emails, producing marketing copy or blogging for your website, writing skills are essential to communicate your business' value proposition.

Now, not everyone will be a brilliant wordsmith, but anyone can become a competent writer with a bit of work. We could go into detail on using proper grammar and punctuation, but for the sake of brevity we'll look at some of the more common missteps in style and tone. No matter what you're writing for your business, if you avoid these common mistakes, you'll immediately become a better writer.

A lot of novice writers lean on formality as a way to sound articulate. Instead, it ends up making their prose cumbersome and difficult to follow.

In most cases, the best rule of thumb is to write the way people speak. This doesn’t necessarily mean writing the way you speak. You may not be a particularly confident verbal communicator, or you may pepper your speech with a lot of colloquialisms. Writing the way people speak isn’t about simply transcribing your speech onto paper. It’s about communicating in a way that sounds natural and unforced.

Think about the concept you’re trying to communicate, and then think about how you’d communicate it face-to-face with another person. Think about the natural cadence of people’s speech. If you read your prose out loud and it sounds clunky and robotic, it’s a good indication you’re being too formal.

Informal writing also allows you to bend some pedantic grammar rules. A strict grammarian will tell you never to start a sentence with “and” or “but.” But bending this rule can make your writing more approachable. And starting a sentence this way can reinforce the point you’re trying to make by splitting the thought off into its own sentence.

This goes hand-in-hand with an overly formal writing style. Good writing uses as few words as possible to get its point across. Or, in the words of Mark Twain, it “eschews surplusage.”

Good writing respects its reader, and it respects the time its reader is investing. It gets from the beginning to the end of its thesis in as few words as possible while still remaining effective.

Don’t mistake this rule for meaning you can’t color your writing with adjectives. Used effectively, they can increase your impact and make your writing more approachable. Your writing doesn’t have to be spartan. It just needs to get to its point.

This is one of the most commonly committed and least identified sins writers commit. Passive voice is putting the action before the subject rather than the subject before the action. In short, it's Yoda syntax.

Here's an example of passive voice:

Notice how the second example sounds much tighter, clearer and more succinct. In contrast, passive voice sounds cumbersome and unnatural. But many writers, even some seasoned writers, fall into the trap of using passive voice. Perhaps they feel it makes their writing sound more formal. In reality, it just makes it harder to read.

4. Using superlatives you can’t back up

So a superlative is an adjective describing something that at the upper or lower limit of a certain quality. For example, “the best streaming service,” or “the worst movie ever made.”

There’s no problem using superlatives. They give your writing some color and make it more engaging for the reader. The issue comes when you use a superlative that can be easily disproved.

It’s fine to use superlatives — and to use them authoritatively — for claims that are obviously statements of opinion. You don’t even have to add the disclaimer that they’re your opinion. Any reasonable reader will understand that. Just don’t throw superlatives around for subjects that can be empirically measured.

5. Meandering around your point

If you're trying to write persuasively, you need to actually have a point. This sounds like common sense, but many writers try to throw every idea in their head at their readers in the hopes that something will be absorbed.

Your writing needs to have a thesis, and it needs material to support that thesis. If you want your writing to persuade readers — whether it's to buy your product, align behind your business strategy or agree with your opinion — you need to clearly state your thesis and then support with a logical sequence of arguments.

A good way to think about your writing is by breaking it into an outline. What is the main point you're trying to get across? Write it down in a single declarative sentence. Now, what are three or four arguments or ideas you'd use to support this point? Write those down as well.

Now that you have a basic structure, look back at your outline and consider whether the points are in a logical order. Is one dependent on another? Would you have to convince a reader of point C before they'd understand your argument for point A? Reorder your points into the most logical sequence.

Next, think of three or four ideas, arguments or stories to support each of your main points. Now, you have a working outline for your piece, and you can ensure that each part of your piece is supporting a central thesis. This keeps you from meandering and failing to actually make a point.

Writing doesn't always have to be this rigorously structured and regimented, but outlining your piece is a good exercise if you're inexperienced with writing persuasively.

As we said before, almost anyone can learn to be a competent writer. But writing competently takes hard work and practice. If you're uncertain about your initial efforts, it's worth having a professional cast an eye over your work.

You can hire a freelance writer with editing skills to help punch up your writing, and to spot any errors in your copy. Having someone to shore up your writing ultimately makes you a better writer. You'll be able to identify common errors you fall prey to, and see how a professional goes about crafting your work into a more refined final product.

You may never decide to write a novel, but being a competent writer is a powerful business skill to have. In the spirit of NaNoWriMo, commit yourself to improving your writing, put in the work and seek the guidance of a professional. It'll give you an edge in business and in life. 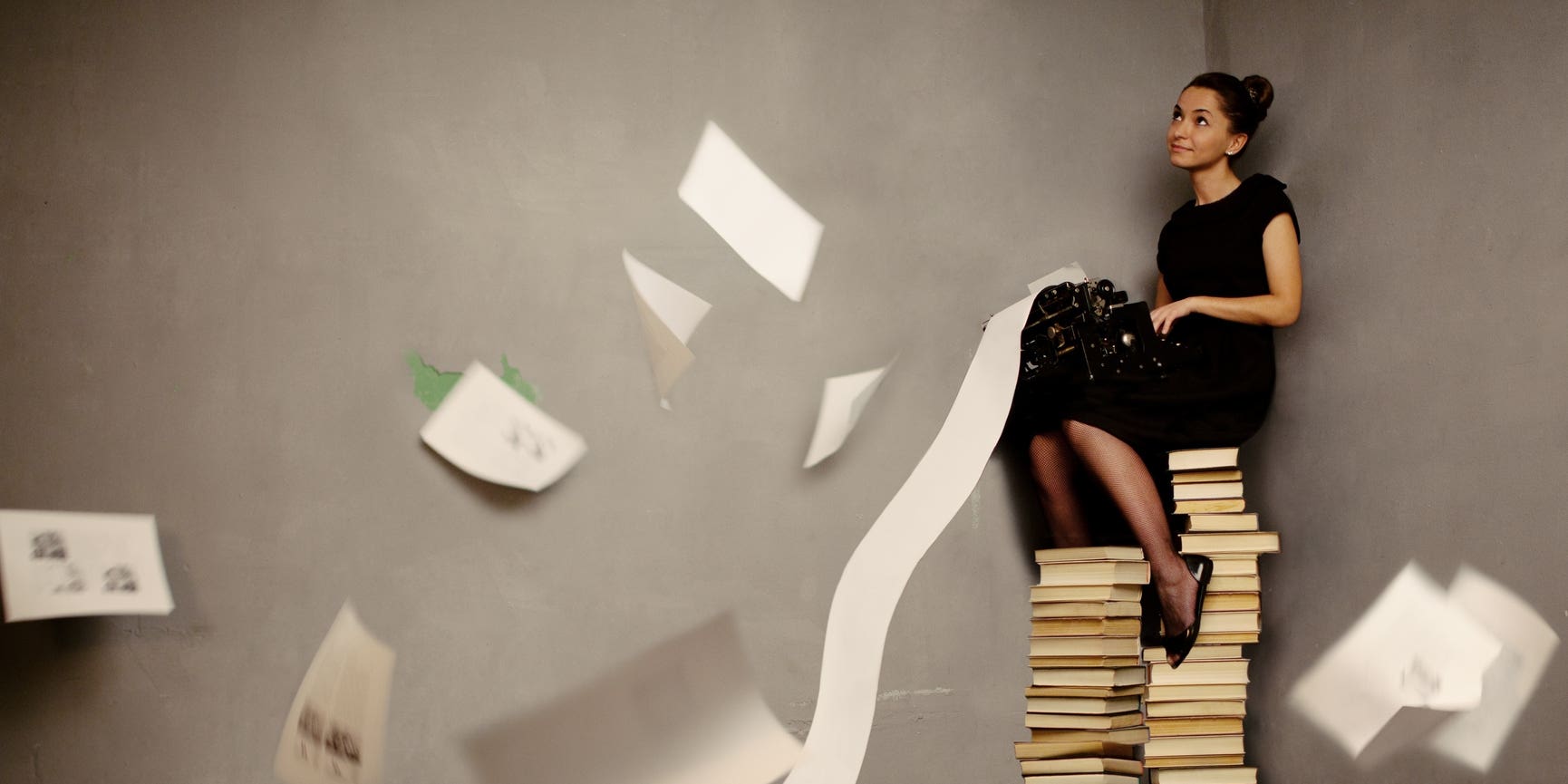 7 tips for writing a great business blog
These blogging tips will help you rise up the search results and grab the attention of your readers. Follow these guidelines to elevate your writing.
5 MIN READ 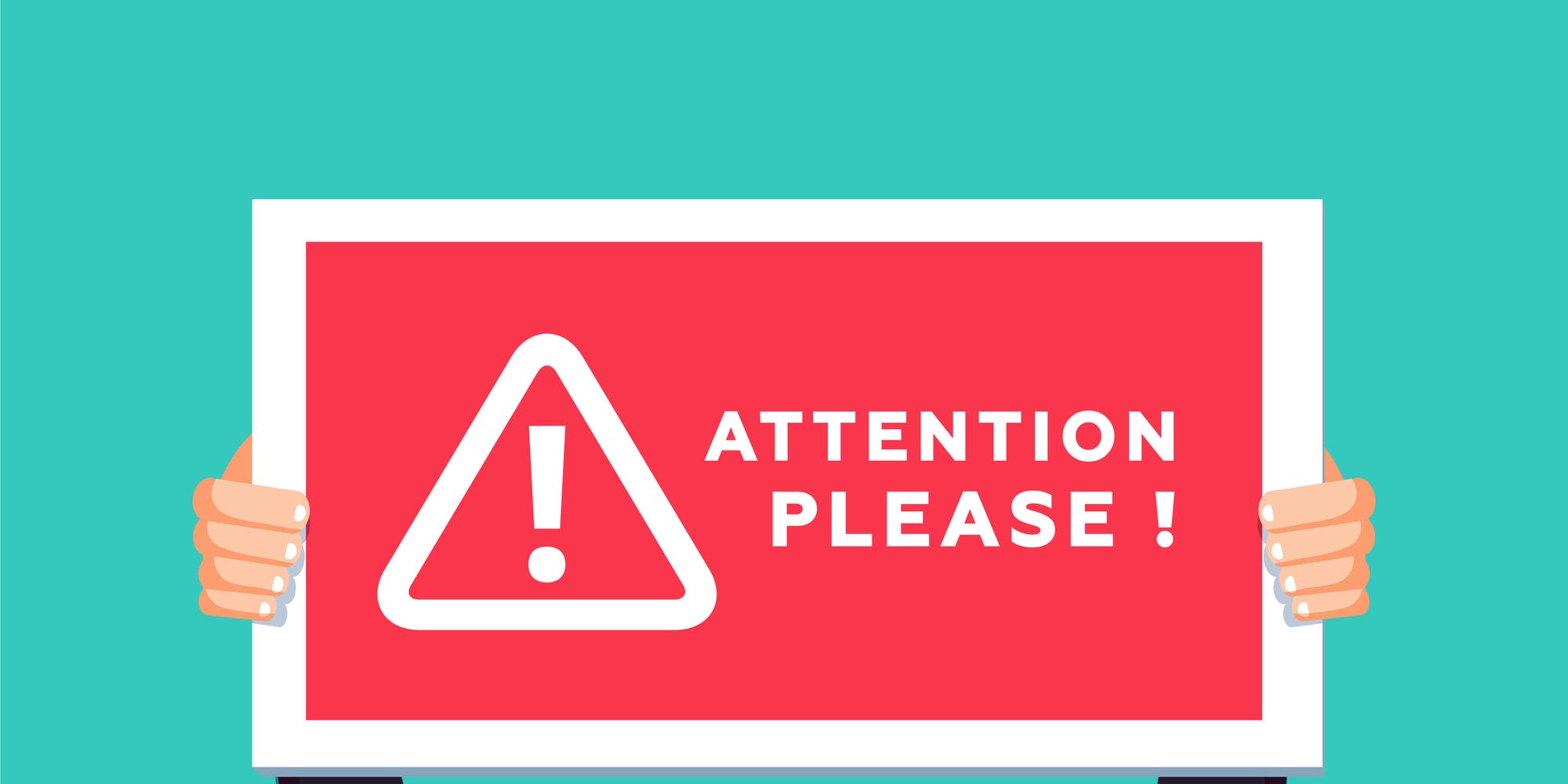 How to write a call to action that gets results
Your call to action (CTA) is your primary selling point, but few know how to leverage their potential. Learn how to get it right and get results.
6 MIN READ 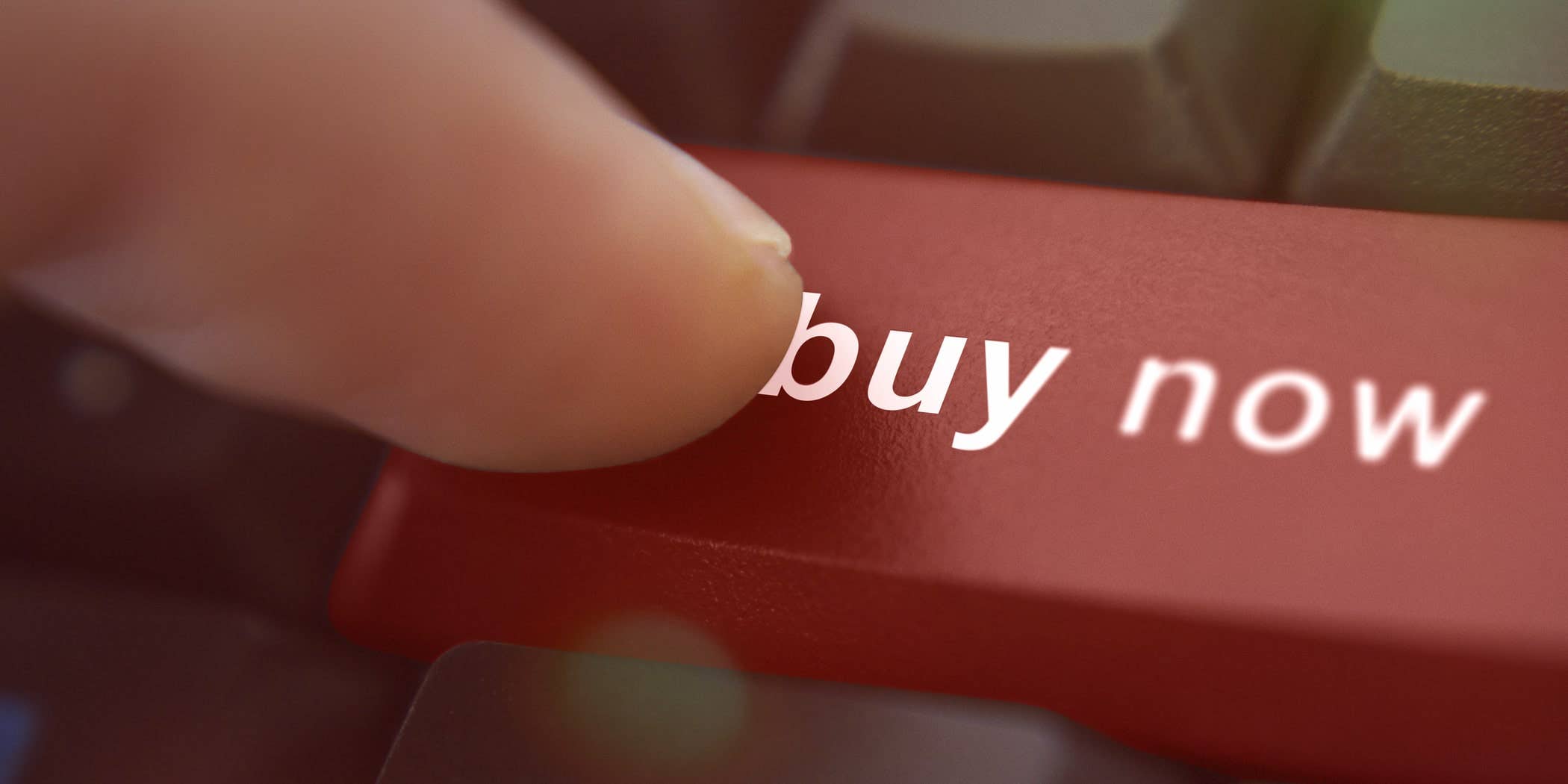 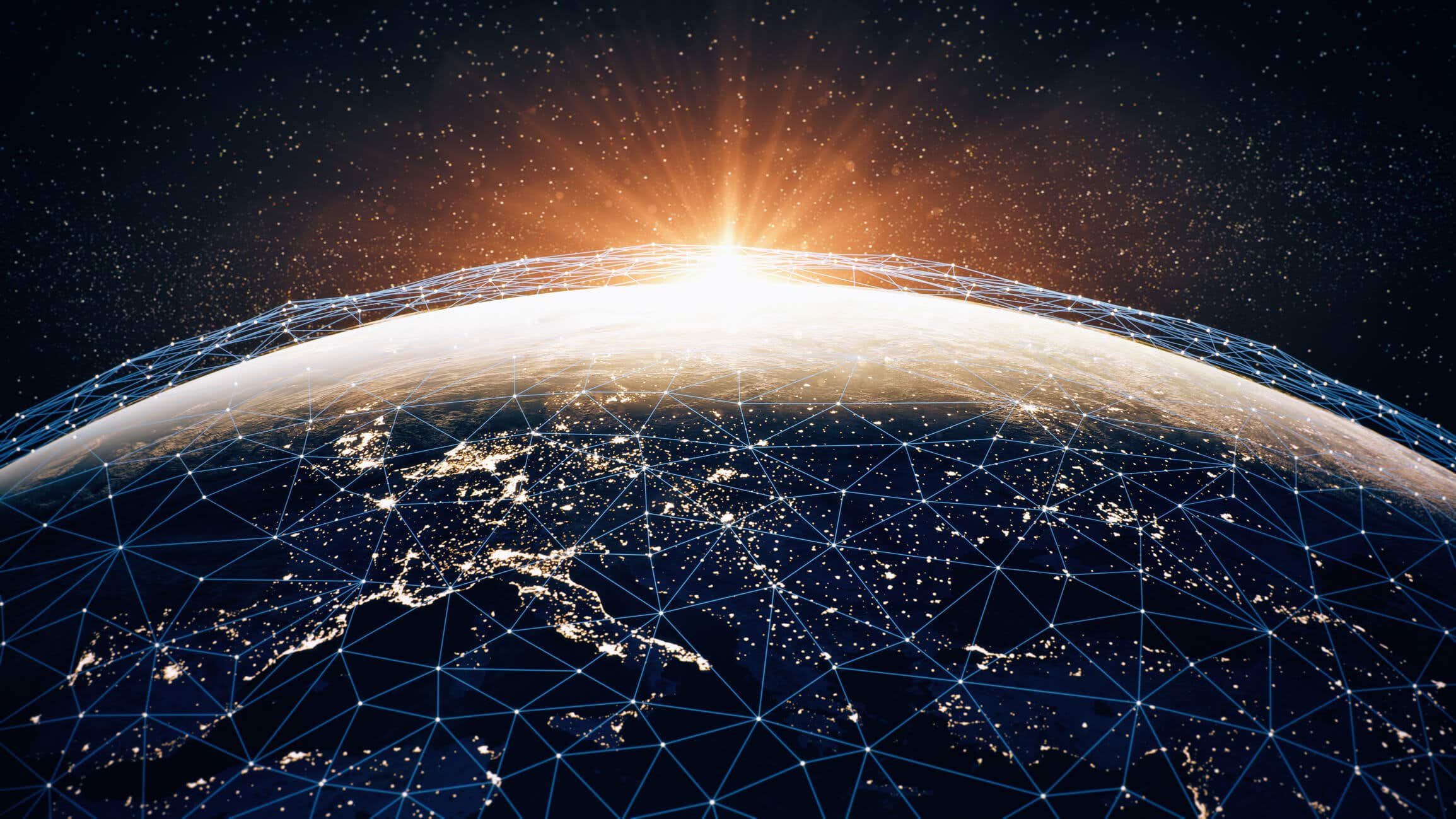